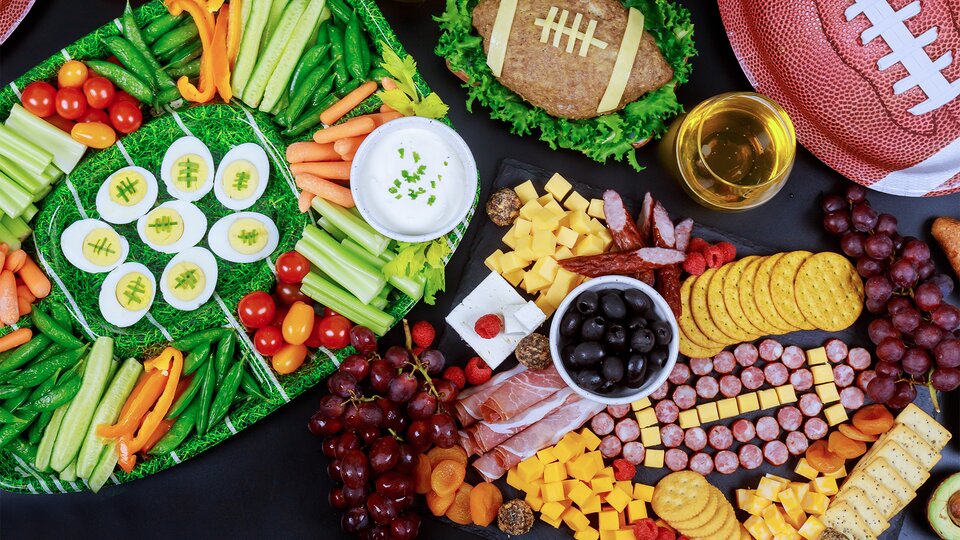 The teams and the Roman numerals change each year, but one thing never does: If you’re looking to keep your calories in check or are chasing a full-blown physical transformation, the big game—and the food that goes with it—can be your worst enemy.

Sure, you could just go for broke and call it a “cheat meal,” but you have more options than that! You can expect a tough offense on the snack table, but we’ve got your defensive plan. Defend against the unwanted bulk with these 10 nutritional power plays!

Yes, there can be a place for light to moderate alcohol consumption on a fat-loss diet, but it takes serious commitment and top-notch restraint. You may think you have those qualities dialed in, but a couple of drinks may change that!

Paul Salter, RD, explains why you should consider keeping the cap on the bottle if you’re trying to lose fat in his article, “Is Alcohol Wreaking Havoc On Your Physique?“

“In practical terms, consuming chips and salsa with your beer during the big game is actually dropping your fat-oxidation rates to nearly zero. If you pair carb-heavy snacks and alcohol often, you’re stuck with a lot of excess calories that basically aren’t being used. That means they’re almost certainly going to be stored as fat,” he says. 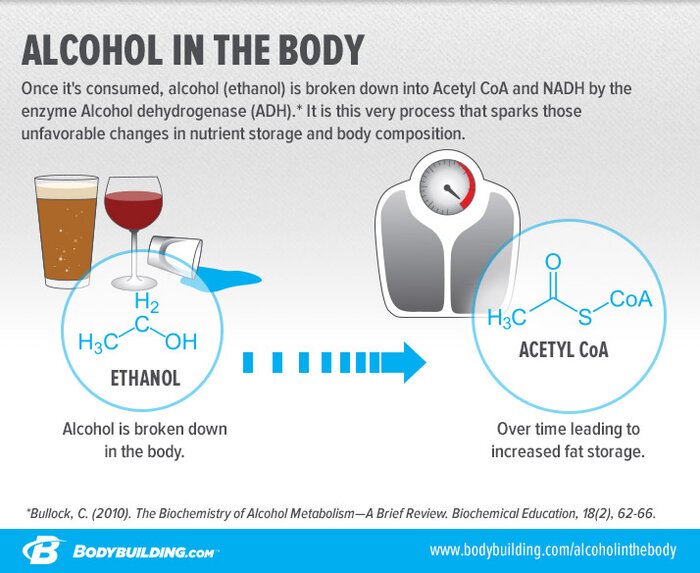 But it’s just one day, right? Sure, but if you’re trying to make a big change at this point in your life, ask yourself what the upside is to having 3-4 drinks instead of nursing one small one. Not much!

And the downsides? Losing control, slamming hundreds (or thousands) of extra calories, a possible headache, and regretting it on Monday morning—if you remember it.

Yup, it’s delicious. But it’s both the chicken skin—which is made primarily made of fatty tissues—and the stuff we plaster across it that boosts fat and calories on a plate that otherwise has top-notch macros.

The answer is to simply remove the skins. Maybe give them to your brother who you know loves them. Or even better, use the boneless, skinless chicken breasts from your meal prep and season them with hot sauce.

Can’t say no to wings? At least consider making your own with one of the recipes from the article, “Super Bowl Menu: 5 Healthy Chicken Wing Recipes.“

Tip 3: Eat Huge to Get Huge

If adding muscle mass is your goal, the buffet table can be a blessing in disguise—and your opportunity to eat like an NFL lineman for a day.

Most football parties are loaded with more meat options than you’ll get in five days of normal eating. Even if you avoid the dips and sauces, you can load up on roast beef, turkey, chicken, steak, and shrimp. Good food builds good muscle!

Tip 4: Bring Your Own Food 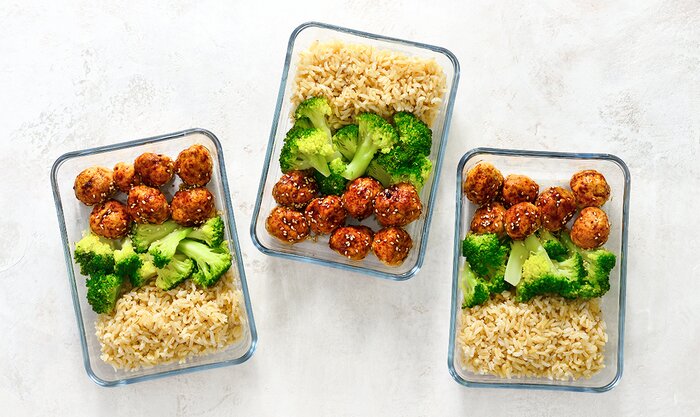 This approach isn’t for everyone. But if you’re someone who brings your meals with you every day and is strengthening that crucial willpower muscle, why leave a whole Sunday night open to chance? Bring your containers and do what you know how to do.

If people give you guff about your chicken and rice, just tackle them through a screen door. You’ve been squatting, so get low, extend with the hands, and drive your hips. If you need pointers, try actually watching the game for a few minutes.

Tip 5: Fill Up On Veggies

It’s not a sure thing, but odds are at any given party that someone will either chop some veggies or bring a deli tray with carrots, broccoli, and maybe some peppers. Whatever there is, eat it by the handful! Open your mind and stomach to vegetables, the most nutrient-dense of finger foods, and fill the rest of your plate with proteins so you don’t come up short like the offense on fourth and long.

Tip 6: Draw the Line at Dessert

So, you’re going to do your best to eat mostly clean? It can be done… right up to the point where you approach the dessert table. That’s where “give up and give in” happens.

A better option: eat a solid meal but skip the sweets—or bring your own version made with better ingredients. We’ve got you covered with plenty of options: 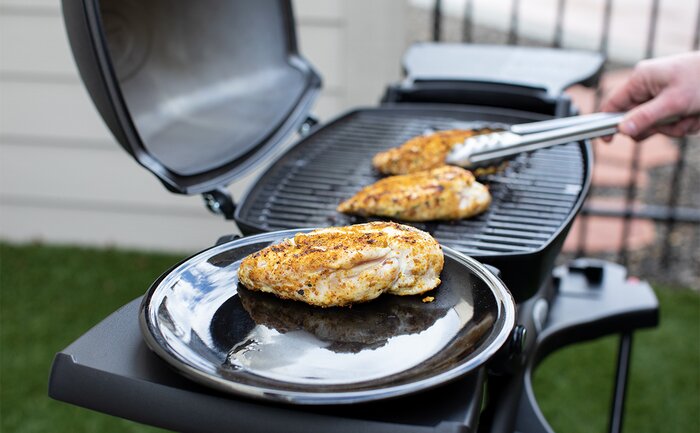 Just because there’s a grill fired at game time doesn’t mean it has to be loaded up with cheeseburgers and brats. Use your searing skills to cook up some leaner proteins, seasoned to perfection, and you just might win a few fans on game day.

Kevin Alexander, aka FitMenCook, has a few solid options for your grill in the article, “5 Super-Bowl-Worthy Snacks.“

An increasing amount of serious fit folks are insistent that we can, in fact, have it all: the ice cream and the abs, the treats and the gains. They find this approach works better—far better—than the old “eat clean most of the time, go wild some of the time” approach. Here’s how Sohee Lee describes it in the article, “Diet Doesn’t Need to Mean Denial.“

“It’s entirely possible for a flexible dieter to eat the same way as a clean eater most of the time. Yet come Saturday night, the clean eater may go out to dinner for his weekly cheat meal and have a burger, fries, and a milkshake, followed by cheesecake for dessert, and then come home and eat everything but the kitchen sink. The flexible dieter, on the other hand, can have the same burger and fries and have no problem stopping there. Hell, he may not even finish the fries because he’s reasonably full and feeling satisfied.”

Sound too good to be true? Get serious about your macros, and it doesn’t have to be. Make it about portion control, not about “good and bad” foods, and a whole new world opens up.

Where does an otherwise macro-friendly approach go wrong? Often, it’s once you reach for sauces and condiments. Sugar and low-quality fats are sitting there, waiting to be squeezed out onto your plate. Good luck sticking to that puny serving size listed on the label! If you wouldn’t put it on your lunch at home, why plaster it on now?

Low-fat yogurt for full-fat sour cream. Bison or turkey burgers for beef. Hot sauce for ketchup or barbeque sauce. There are tons of little trades that you can make to dramatically decrease the caloric load in a meal, and in some cases, boost the protein and nutrients you get in return.

Some of us have bad associations with this approach after our parents tried (and failed) to convince us that margarine was as good as butter. But this is different: You’re the adult now, so act like it. Take a good look at that menu and don’t be afraid to kick a few traditional items to the curb!

Gabrielle Union Shares Her Workout Motivation (Hint: It’s Her Husband)
Machine Gun Kelly Reveals He Attempted Suicide After His Father’s Death
How Tennis Scoring Works, So You Can Keep Up with Wimbledon
Reduce Hip Fat Exercise woman|Fitness Health Gym|Woman
This Old Navy Activewear Set Is So Comfy, I Wore It on a 20-Hour Road Trip