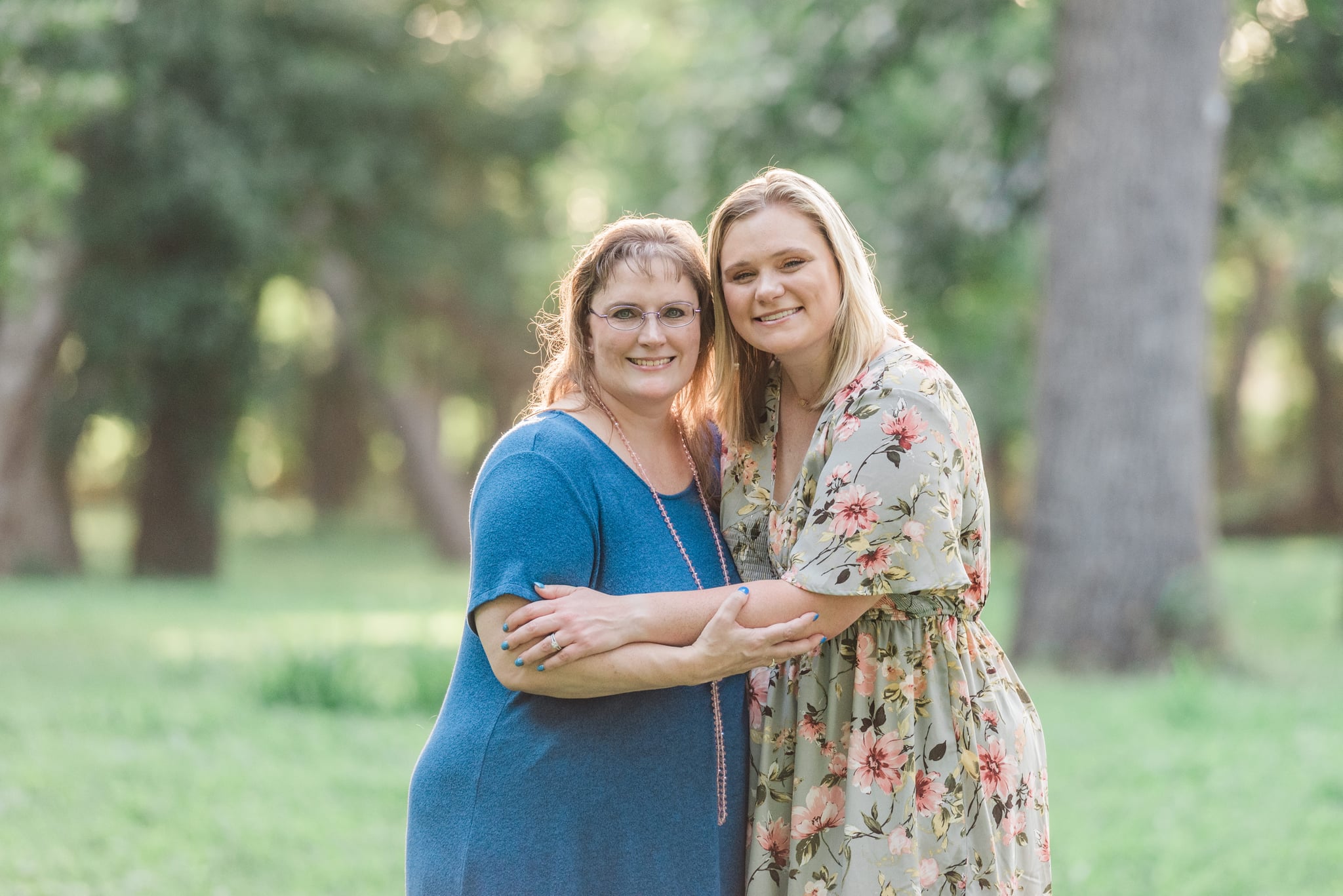 My mom was diagnosed with breast cancer on her birthday in June of last year, two months after her initial mammogram was postponed due to COVID-19. She went to each of the appointments leading up to her diagnosis — including a mammogram, sonogram, and breast biopsy — by herself because of the restrictions that were in place. Since then, my mom has bravely and cheerfully attended her chemo treatments and doctor’s appointments, rocking scarves and a wig on her shaved head, all while continuing to go to work and care for my siblings.

Then, in December, Texas governor Greg Abbott halted elective surgeries because hospitalizations for COVID-19 were surging. My mom waited anxiously to find out if her five-hour surgery — which would include a double mastectomy, as well as the first step in breast reconstruction and the removal of her ovaries — would still take place as scheduled. The uncertainty only increased as February drew closer, with COVID-19 cases on the rise and more contagious variants beginning to spread across the country. Finally, two days before her surgery was scheduled, my mom received confirmation that it would go forward.

It may come as a surprise that the term “elective” includes screenings, procedures, and surgeries for life-threatening illnesses like cancer, but it does.

It may come as a surprise that the term “elective” includes screenings, procedures, and surgeries for life-threatening illnesses like cancer, but it does. My mom has stage 2B triple-negative breast cancer, which according to the American Cancer Society, grows and spreads faster than other invasive breast cancers and has limited treatment options. Given the prognosis, every moment counts. And while she was fortunate to get her surgery, that hasn’t been the case for others throughout the pandemic.

According to a report from breastcancer.org, many patients had to wait weeks or months for certain types of breast cancer procedures last spring. Breast imaging was only available for urgent cases, access to new treatments through clinical trials was limited, and fertility-preserving procedures weren’t always available. Although most mastectomies and lumpectomies continued for those who needed them, immediate breast reconstruction — which normally occurs during the same surgery — was often delayed, causing patients to have to undergo follow-up surgeries they normally wouldn’t. Other patients were given hormonal therapy, chemotherapy, or targeted therapies while they waited for their surgeries.

Breast cancer surgery isn’t the only thing affected by overwhelmed hospitals. An article published last May by Yale Medicine explained that hospitals nationwide were reporting fewer visits for heart attacks, acute strokes, and other medical emergencies during the pandemic. “The messaging to ‘shelter-in-place’ has left people thinking that if they have a serious condition, it’s not safe to come to the hospital,” said Charles Matouk, MD, chief of neurovascular surgery at Yale Medicine. This is one factor experts believe has contributed to the excess mortality rate — the number of deaths observed during the pandemic, compared to the number that would typically be expected in the same period of time. According to CDC data, there were nearly 300,000 excess deaths in the US between late January and early October last year, only two-thirds of which had been attributed to COVID-19.

If there were no hospital beds left the week of her surgery, my mom would have to reschedule. She got lucky — but not everyone does.

Fortunately, because of my mom’s specific diagnosis, her doctors didn’t think her surgery and reconstruction would be delayed. However, they couldn’t tell her for sure until just a couple days before her scheduled surgery, which was absolutely terrifying. If there were no hospital beds left the week of her surgery, she would have to reschedule. She got lucky — but not everyone does.

My family is still working hard to stay safe in order to protect my mom as she recovers from surgery over the next six weeks, and we’re trusting others to do the same. As often as you’ve heard this advice from the CDC, it still rings true in helping slow the spread of COVID-19: stay six feet from others, wear a mask (two of them!), wash your hands often, stay home when you’re sick, and keep high-touch surfaces clean.

As COVID-19 variants pose yet another threat to communities across the country, my mom and so many others are depending on you to do your part, so they can still have the surgeries they need to survive, defeat cancer, and live long, happy lives. (Like other cancer patients, my mom is also at higher risk of developing serious complications if she does get COVID-19.) Wearing a mask over your nose and mouth is easy and can literally save lives — of people you don’t even know. Do it for my mom. 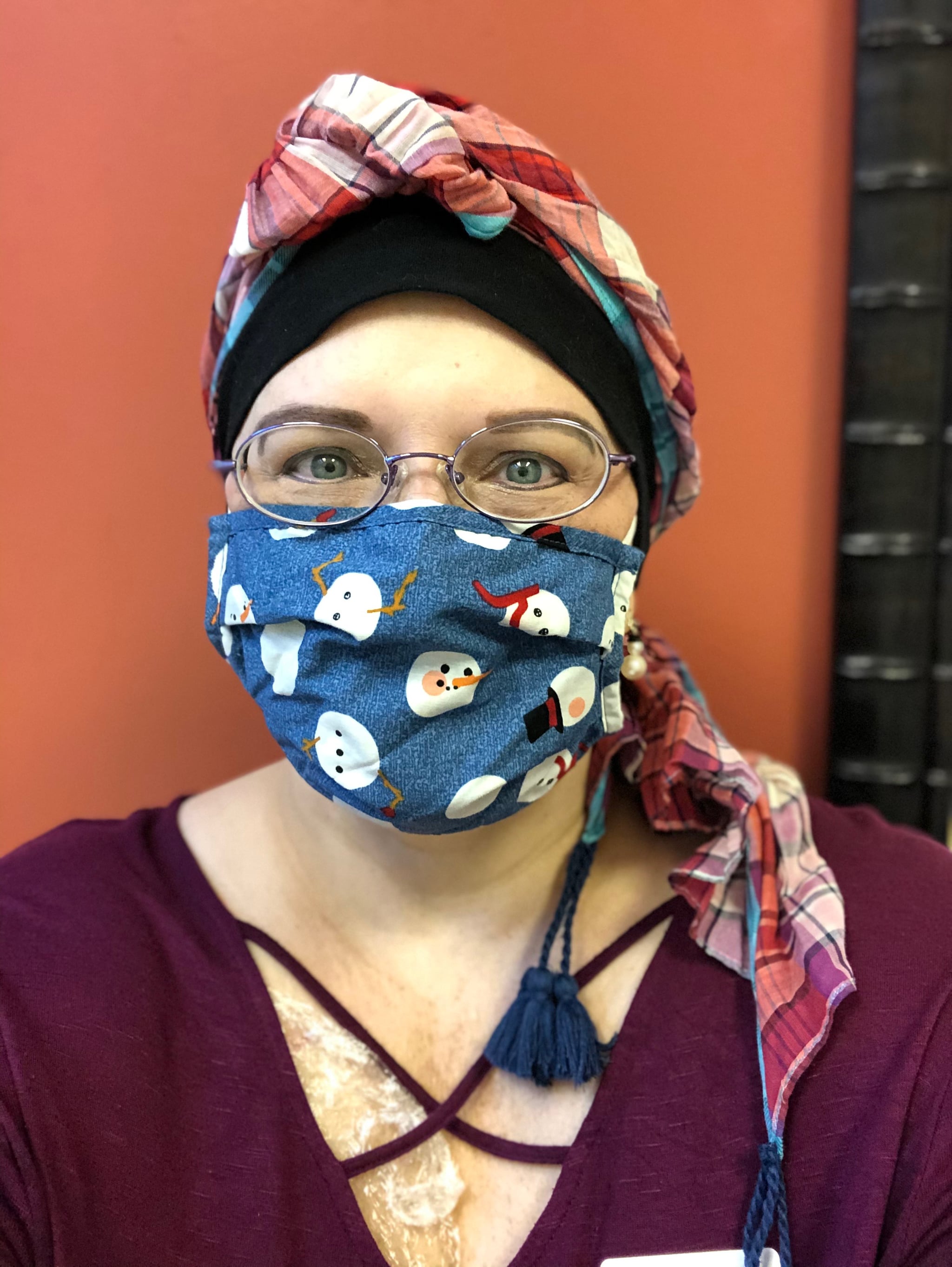