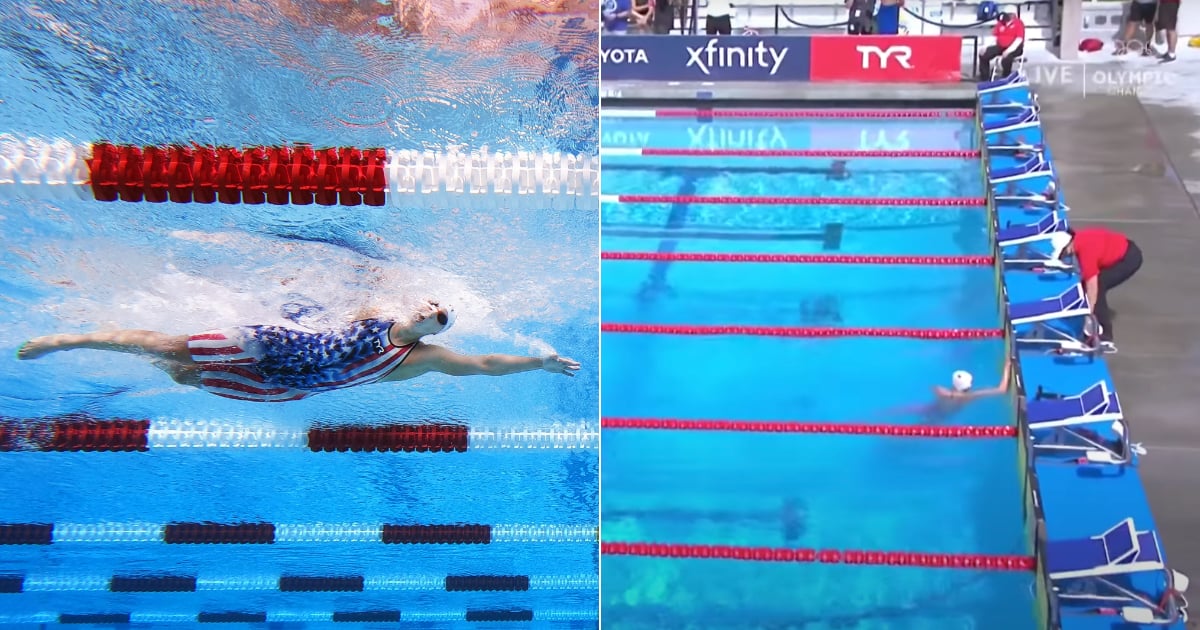 We already know Katie Ledecky is a swimming sensation, and at the 2021 TYR Pro Swim Series on April 11, she not only won the women’s 1,500-meter freestyle event with the fastest time this year (15:40.55 against her 15:20.48 world record), but she also lapped another swimmer and waited for a whole 26 seconds by herself before the second-place competitor, Ashley Twichell, completed her race. According to the Associated Press, her time would have landed her third in the 1,500-meter men’s event, which was won by Jordan Wilimovsky in 15:10.44. Watch her incredible victory above (she won the 200-meter and the 400-meter freestyles at the same TYR Pro Swim Series).

The women’s 1,500-meter freestyle will be an Olympic event in Tokyo this summer for the first time. “That’s one of my best events, so that just means I’ll be able to swim that in the Olympics hopefully,” Ledecky, a five-time Olympic gold medalist, told POPSUGAR back in 2019. She confirmed at the US Olympic and Paralympic Committee’s Team USA Media Summit held virtually last week that she aims to compete in a range of events: the 200-, 400-, 800-, and 1,500-meter freestyle events and the 4 x 200-meter freestyle relay.

The US Olympic trials for swimming is slated for June in two separate event waves ahead of the Tokyo Games. “We’re doing our last preparation. Those last final pushes of training, really hard training, to really put in all the work that we can. And eventually we’ll start resting up and swimming fast, so I’m excited,” Ledecky told reporters at the summit. “It’s fun to swim and be all together and swim against the best in the country at Olympic trials and hopefully the best in the world at the Games.”